I lost two pounds in one week without diet because I had a very stressful situation in the family.

The following article portrays stressful and descriptive clinical situations. If you are sensitive to that type of material, I recommend you to skip reading this article.

My Mom Broke Her Hip

Sometimes I believe that I have things under control. I believe that I am doing the things that I am supposed to be doing and times are smooth. Out of no where, life has a way of –BAM!!!– shaking things down.
This stressful event happened to me last month when I had to travel to Peru. I left as soon as I could after my brother called me to say that our almost 90 year old mom had fallen. She had broken her hip and needed surgery. 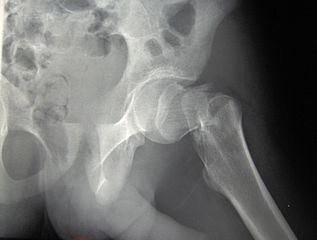 Before that, both of my brothers were taking good care of her. They made sure she took her multivitamins, ate healthy, and walked daily. They made sure our mother had a good time visiting her farm often and going to her club to socialize. Her blood pressure was normal for a year and she was not even taking medicine for her normal blood pressure.

The day before the accident, my mom went to open the door after hearing a noise outside. After she finished watching the truck that was passing in front of the house, she turned around, lost her balance and fell.

My brother said that he heard her scream in pain and call his name. He was in his bedroom and he went to see immediately what happened.
He found her on the floor and she could not stand by herself. He called the neighbor to help him get her up. The neighbor and my brother moved her bed to the living room near the door to make things easier. Both of them pulled her up with a sheet under her.

My younger brother called my older brother and when my older brother came home they both called the ambulance.
When she arrived at the emergency room, the Orthopedic doctor saw her immediately, and told my brothers that my mother needed a partial hip replacement. They gave her a bed in one of the rooms on the third floor. The doctor delayed the operation because my mother’s blood oxygen saturation level was a little low.

They took a lung x-ray that showed a mild pulmonary fibrosis. She needed oxygen and hydration before the procedure.
I took the first plane I could the next day. I ate a some nuts while in the airport because I did not ate breakfast. For lunch they gave me chicken with rice and vegetables, and a small portion of lemon meringue, and I drank water.

My Emergency Trip To Peru

After eight hours of flight, I arrived in Lima (the capital of Peru) and I had to wait for the next plane to go to where my mom lives, which was the city of Piura. I waited some hours for the plane and I ate a couple of “Mentos” and drank some water for dinner, I was not hungry.

The flight to Piura, where my mom lives, was one and a half hours long. It was an early flight and the airline gave us an small chicken sandwich, chocolate, juice and tea for breakfast. I saved the chocolate for later. I knew that I would need it as my comfort food eventually.

My brother went to pick me up from the airport. I left my luggage in the house and went so see my mom in the hospital.
She was in pain, but happy to see me. The operation was scheduled for the next day.

I made sure to change my attitude to a positive one. In these cases it is better to hope for the best. I kept asking myself : “Why are things going to turn well?”. This is a mind trick that I use sometimes in difficult situations. When I feel stressed and afraid, my mind begins to imagine negative scenarios. I turn the situations around in my head. It helps me calm down.

The next day was a Sunday. The operation was postponed from the afternoon to three o’clock. 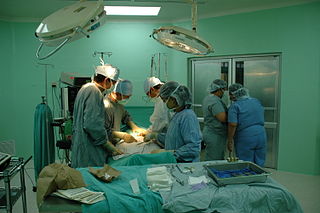 The surgery went well. Her surgeon said after an hour operation that everything went well in the operating room. She said that the recovery would be the second feat, but that she should do well.

Everything went well for the first three days after the surgery. She was ready to be released home because there are no inpatient rehabilitation facilities in my mom’s town. The doctors prefer the patients to go home and have the families hire a technician nurse and a physical therapy technician after these types of surgeries.

My Mom Had A Complication With Stress Ulcers In Her Stomach, It Was Scary 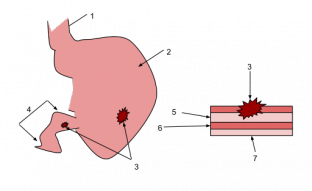 Just before the ambulance came, she felt she had to go potty on her diaper and when she finished, the technician nurses were ready to change her. we saw something called “ melena” a dark red diarrhea. They wanted rule out it was not blood so they poured some peroxide on it, and it was positive. This meant that it had blood. To make sure they send some sample to the lab.

In the meantime I measured her pulse and it was high, around 120 beats/ min. I asked myself: “ Why is her pulse high if she does not have fever?“

All of the sudden she went pale. She almost loss consciousness. One of the female technician nurses took her blood pressure and she went pale too. She ran outside the room calling the nurse. I was there and I did not want to believe what was happening. I had seen cases like that when I was working in the hospital. Patients losing blood due to internal hemorrhage and it is a case for ICU. My mind tried to soothe the shock of this possibility by making me think that we were in a movie. I wanted to think that all these nurses were actresses, but I knew better. My reasoning knew what could be happening.

The nurse said : “We have to put crystalloids solutions. If not she will die”
I was frozen for a moment. Then I snapped back to reality and thought : “Everything will be all right, they know what they are doing”. The nurses acted fast and injected both arms with intravenous fluid. They then called the emergency doctor. I was praying

He came with the result that no blood was found in the stools. “ It can be a severe infection. We have to take a second sample and a new hemoglobin”

When she was stabilized, meaning that her blood pressure returned to normal (more or less) after fifteen minutes of fluids and vitamin K. We all felt better for a while. After an hour, the technician took a blood sample to see her hemoglobin.

The result came and it was 5 ( normal is between 12-14). No signs of infection and her coagulation was normal. We had to found out where she was bleeding from.

Another stool sample was taken. The second one was positive. The emergency consultation was made to a Gastroenterologist and he said that it was probably an stress ulcer in the stomach. He said he could not do the Endoscopes procedure until her hemoglobin was at least 8. That meant that she needed two units of blood transfusion to bring her hemoglobin up.

We filled out the paper work for the transfusion and they told us that they will transfuse the blood because of the emergency but we needed to return the unit via two volunteers. Two of my brother friends volunteered and the coordination was made.

My older brother stayed with her while she was being transfused. The hospital only allowed one relative to stay for the night. My younger brother and I came back home. I felt so tired and scared. I prayed for my mom’s health until I fell asleep.

When we came back the next day, my mom was awake and had a better color. She even yelled at the doctor when he was going to do the Endoscope, saying : “I do not need any procedure, I feel well, I want to go home”.

My mom suffered from stomach ulcers when she was young. She cured from that but was sensitive to medicines. They gave her gastritis Lamentably because she was not taking medicines, only her vitamins, we forgot and we did not emphasized this to her surgeon about this problem.

The Endoscope went well, the doctor performed sclerosis of a big ulcer and cauterization of a lot of smaller ones. She had to take esomeprazol for more than a month and sucralfate for three weeks.

My Mom Is In Her Way To Recover

My mom stayed in the hospital for a week to recover. After that she went home and she is still recovering. She is beginning to walk after a month and now she is doing physical therapy. 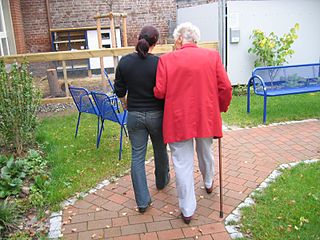 She is still in pain, but feeling a little better everyday. I keep in touch by phone and Skype.

In the mean time, I probably have some stomach ulcers myself for all the stress, and loss weight. While my mom was in the hospital I did not cook, I went to some restaurants near the hospital,

I Lost Two Pounds With All The Stress, What I ate:

Breakfast: 2 Eggs, fruit ( apple, peach or banana) and chamomile tea Sometimes, instead of an egg, I ate sausage sandwich that are delicious in my mom’s town. I drank milk instead of tea some days.

For lunch, generally Fish fillet with vegetables or
Fish stew with rice and beans or
Roast chicken with vegetables
All these dishes came with a fresh fruit refreshment and a small dessert like Jell-O or apple pie. These dishes came from the restaurant across the street from the hospital or the fish restaurant near the park on the side of the hospital. 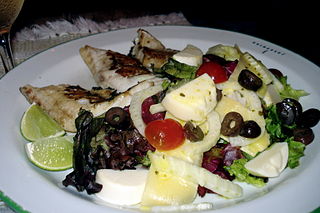 One time I ate for dinner “ Leche Volteada” Peruvian Caramel Custard“, this is a comfort food, high in calories, but I needed it.

For snacks: ( 10am and 4 pm) 2 peaches
or 4 crackers
or one ripe banana
or a small bag of Plantain chips
or two marshmallows.

My mom fall and broke her hip, she needed a hip replacement. There was a complication post surgery, an stress stomach ulcer. My mom had a transfusion and a Stomach Endoscopy procedure that saved her life. She is on her way to recovery, feeling better every day and she began to walk after a month of the surgery. All this stress made me lose two pounds.

Thank You For Reading, I Appreciate Your Support

I hope everything is well with you and your family and that this article will help you to take care of yourself specially in times of stress.

Leave a comment in the comment section. If you like some of the products advertised in this web page buy it through the links and images on the page and it will direct you to Amazon. The commission that I will receive does not increase the price and will help the web page to continue bringing you stories to inspire and help you to be healthy and keep a healthy weight. Thank you for your support, it is greatly appreciated.