You can lose tummy fat fast with cruciferous vegetables

Remember when you were a child and your mom told you to eat your veggies?Surprise surprise… She was right! Some vegetables burn belly fat. They do this by fighting chemicals that stimulate estrogens that produce belly fat.

There have been studies that show xenoestrogens in fat of overweight women  https://www.ncbi.nlm.nih.gov/pubmed/25853792?dopt=AbstractPlus

In normal circumstances, estrogen exposure is known to cause weight gain through modulation of the hypothalamus and thyroid inhibition. This is a mechanism that nature has created to sustain a pregnancy. Women respond differently than men to the consumption of food and the same caloric intake because men have much less estrogen. Women preserve fat easier than men.

Xenohormones are natural (but can also be made artificially) compounds that behave like hormones and disturb the endocrine system of the body.  Xenoestrogen is a xenohormone that imitates estrogen.

There are estrogenic chemicals that we are exposed to daily that causes abdominal fat. These harmful chemicals are called xenoestrogens. They are bad enough that they can cause cancer.

Some chemicals, like phthalates, BPA, CPC, are part of our environment in the form of pesticides, paints, cement, household cleaners, sealants, plastic bottles, and cosmetics 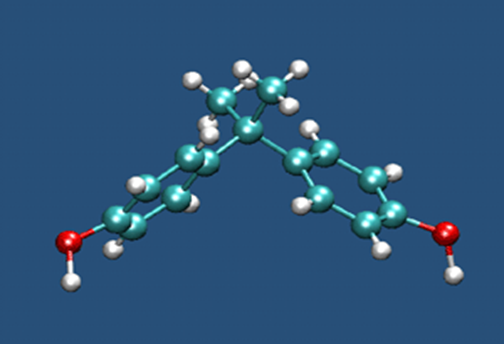 Chemicals have created water pollution in the past. Cases of water pollution gave evidence that pollution of water with contaminants… especially water that has xenoestrogens in large quantities, causes problems in the reproductive system of fish, crocodiles, polar bears, seals, frogs, marine mollusks.

These xenoestrogens created a disruption of the reproductive system in different degrees: the male animal would be “feminized”, of mixed sex, be born with one sex organ which transforms into the other sex organ as the animal becomes an adult, infertile, males would have small testicles and females would develop big ovaries. These findings have been confirmed in the laboratory in rodents.

Still, the only evidence that artificial estrogen can cause disruption in the human population was between 1940 – 1970. Women with at-risk pregnancies were given high quantities of the synthetic estrogen diethylstilbestrol (DES) to prevent miscarriages. Thousand of daughters whose mothers took DES developed a rare form of vaginal cancer or problems in the reproductive system of son and daughters.

These horrible effects of xenoestrogens only occur when there are large quantities in the environment. Small quantities of xenoestrogens, such as the quantities that we are normally exposed in our everyday life (pesticides in our food, use of plastic bottles, breathing air with contaminants etc) can cause weight gain and fat accumulation in the abdomen.

We can overcome the toxicity by eating the right quantities of healthy food.

Portion Control To Burn Belly Fat and Being Healthy

The food industry feeds animals with grains such as soy. Soy has phytoestrogens that make the animals fatter and heavier.

If we eat too much meat (chicken, beef, and steak), too many grains and legumes, or cereals and bread, we can gain weight too.

We have to eat the right amount; a portion of protein should be around the size of the palm of our hand. If you want the exact amount of protein that we should eat, it is   1-2 gr per kg of weight or 0.5- 1 gr per pound of ideal weight. If you do strenuous exercise you need more protein. 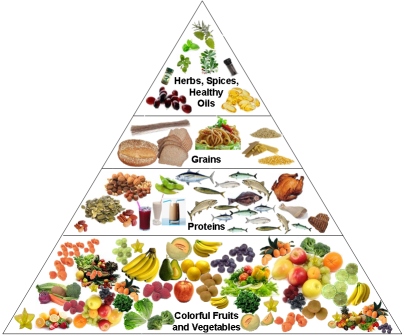 Pesticides that residue in food can cause xenoestrogens. This is one of the problems with vegetables. Some vegetables need to be sprayed with pesticides several times until they are harvested.

This is why my dad did not encourage my family to eat too many vegetables. Even though they are full of vitamins, minerals, antioxidants and fiber, they can be harmful. He was an Agriculture Engineer and a farmer. He encouraged us to eat fruits. He lived to be 90 years old.

Some of you may fight me about vegetables being harmful. Yes. Vegetables are very nutritious. However, the truth is, they are exposed to pesticides more than fruits. 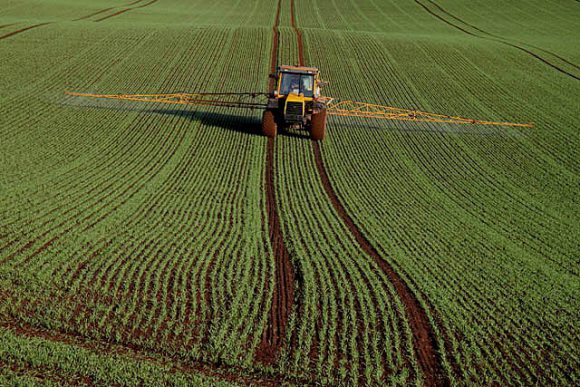 Conventionally grown foods need pesticides and are cultivated using known practices. Their label begins with numbers three (3) and four (4) and is a four digit code.

Now we have “Organic” foods that supposedly do not use pesticides, but in reality, they do. Organic produce is grown with organic pesticides that are rumored to be better for us. Still, they are chemicals that specify “Chemical, use with caution” on their label. Organic labels have a 5 digit code beginning with number 9.

Genetically Modified Organisms (GMO) labels possess a 5 digit code beginning with the number eight 8. An example of GMO foods is corn, soy, sugar beet, zucchini, yellow squash, peanut butter, canola, cotton, dairy from cows injected with rBGH, aspartame, papayas, canola, iceberg lettuce, Romaine lettuce. Humans have been genetically manipulating crops for thousands of years. Replanting the seeds of the largest crops in the harvest in hopes of making the crops larger and more luscious in the future. However, in the past 50 years, scientists have been able to physically change the sequence of the DNA of crops in order to make them grow faster, larger, sweeter, and resist pests.

GMO’s, in theory, do not need pesticides, but in reality, this is not the case. They still need pesticides, and it is creating superbugs. Instead of all the pests dying after eating the pesticides, some of them survive and develop resistance. The bugs that develop resistance are known as “superbugs” and produce offspring that are also resistant to the pesticides, creating a species of insects that are harder to deal with. Scientists do not know how the genetic modification of crops affects the human body. Since GMO’s have been around, people have gained more weight and more individuals are contracting diabetes.

Scientists have developed the theory that consumption of GMO causes diabetes by creating an immunologic response against the Insulin-producing cells in the pancreas. This is still a theory and the GMO vs non-GMO in-depth debate is a topic for another article.

With all the unhealthy practices in food production, it seems that fruit is the safest in relation to genetic modification and the quantity of trace of pesticides content. Some of you will think: ” No, but the sugar… fruits have a lot of sugar and sugar is bad”. Sugar from fruits is not as concentrated as eating candy, cakes, cereals, and bread. Fruits have fiber, antioxidants, vitamins and minerals that are good for our health.

Fruits are great, but we have to eat vegetables too. They are nutritiously dense foods that can help you lose weight as well as detoxify your body.

I am more of an “eat what you want but do not eat too much”. Also, it is important to be aware of what you eat. 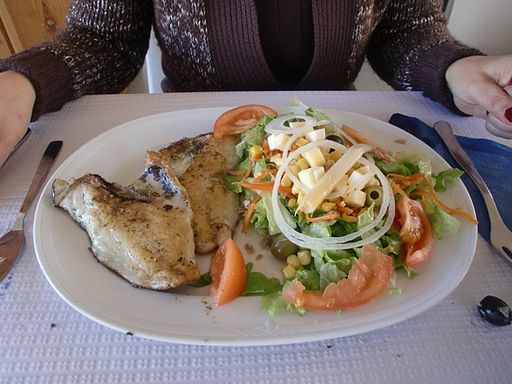 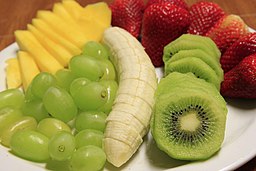 Vegetables are among the greatest of foods. Low in calories, loaded with fiber, vitamins, minerals and antioxidants.

Among the healthiest vegetables are the cruciferous vegetables. They have a natural detoxification system that produce indole-3-carbinol. 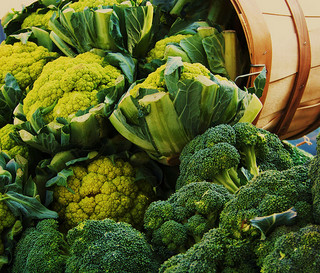 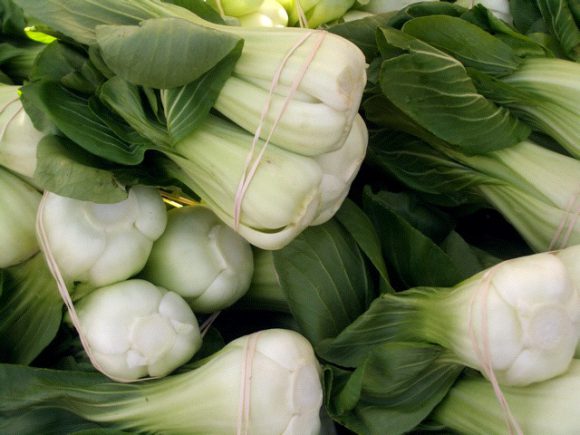 Pak Choy By The Marmot from USA (Bok ChoyUploaded by Amada44) [CC BY 2.0], via Wikimedia Commons

Indole-3-carbinol is a glucosinolate (glucose and sulfur) formed when cruciferous vegetables are chopped and chewed, and chemicals of the broken vegetable cells, like glucobrassicin and myrosinase enzyme, interact and mix.

Doses of 200-400 mg of Indole-3-carbinol have improved the regression of cervical cancer and lung papillomatosis. It is used as a supplement in the treatment of fibromyalgia, cervix dysplasia, and larynx tumors.

Eat cruciferous vegetables or take a supplement that contains Indole 3-3 carbinols and you will lose weight and prevent many diseases.

This article discusses the effect of estrogen on the accumulation of body fat and effects of a xenoestrogen, which are chemicals produced by pesticides, plastics, and other everyday products that we have daily contact with in our everyday lives. We also discuss how we can lose weight and detoxify the body by eating cruciferous vegetables that have Indole-3-carbinol (a phytonutrient that helps the liver to detoxify the body).

Leave a comment in the comment section. This article discussed how to lose tummy fat fast with cruciferous vegetables.